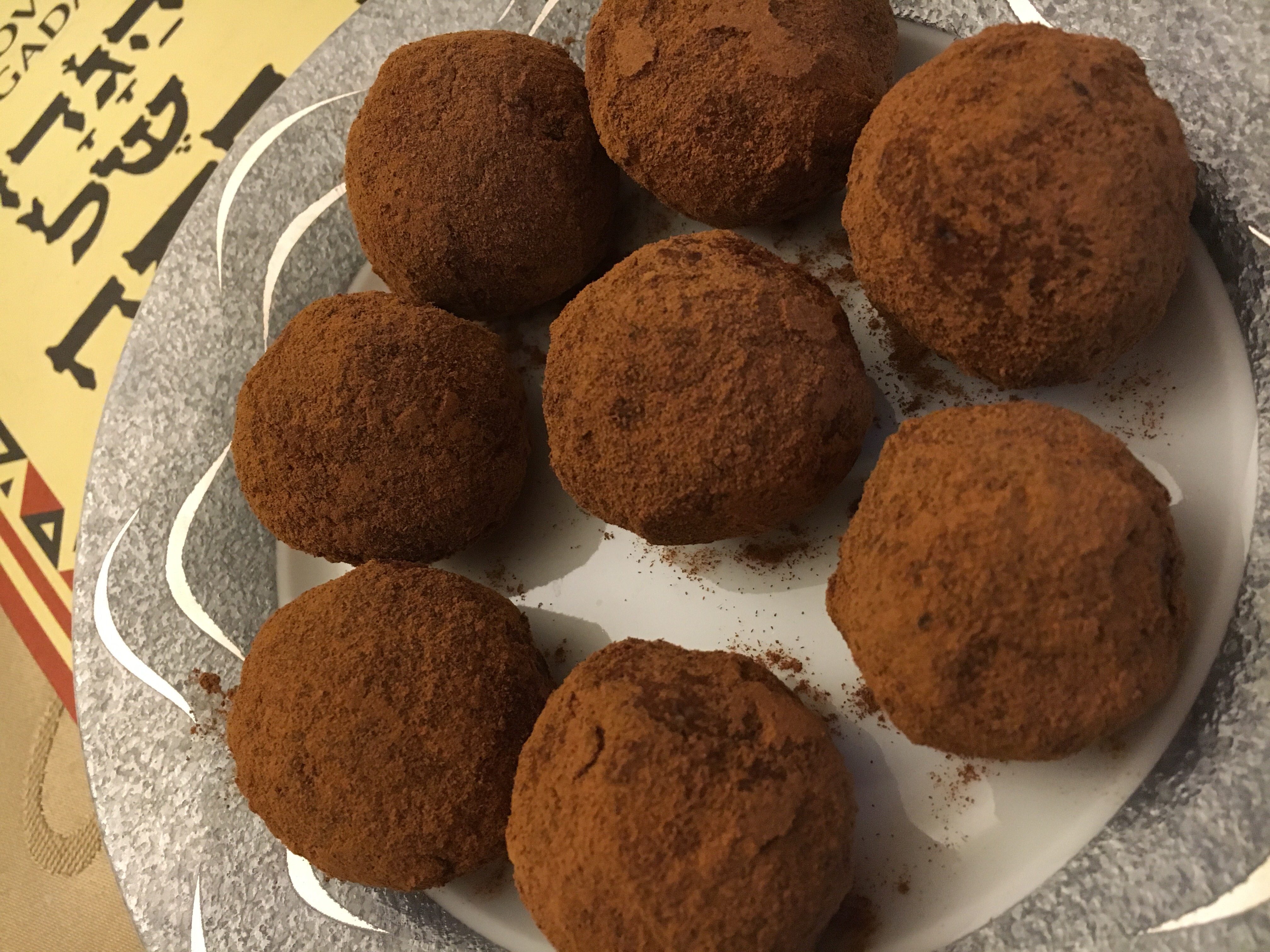 The charoseth paste is rolled into little cinnamon balls, which makes for an attractive presentation. At the seder a few of the balls are mashed with wine or grape juice to make it dip-able or spreadable, depending on your custom.

I like to make some extra charoseth balls to serve as dessert or enjoy as a snack over the holiday.

Place the dates, apple, and walnuts into your food processor and blend until it becomes a thick paste. You made to stop it several times to scrape down the sides.

Form golf ball sized balls and roll in cinnamon. Store in an airtight container until you are ready to serve.